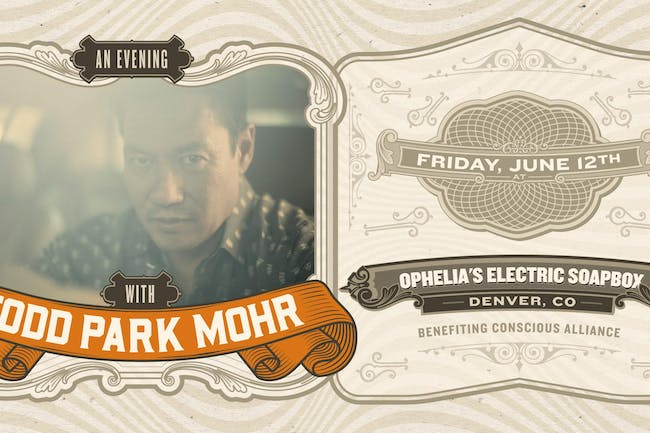 A Benefit for Conscious Alliance, presented by Live Nation

Todd Park Mohr is the lead singer, guitarist, and songwriter for the rock band Big Head Todd and the Monsters.

Founded in Colorado in 1986, Big Head Todd and the Monsters (BHTM) catapulted out of the mountain states and into the national spotlight. With chart-topping singles and engaging live shows, BHTM has sold over three million albums and packed major venues worldwide, including selling out their home state's historic Red Rocks Amphitheatre seven times, most recently in 2012. Most importantly, they've done it the old-fashioned way: with excellent songwriting, scorching guitar and fearless genre melding.

On 2012's "Last Summer on Earth Tour," BHTM played some of the nation's biggest arenas alongside Barenaked Ladies and Blues Traveler. In August 2012, the band presented its inaugural Ride Festival in Telluride, CO. The lineup included Ben Harper, Lucinda Williams and The Lumineers, among others. At the 2nd Annual Ride Festival in July the lineup featured David Byrne and St. Vincent, Rodrigo y Gabriela, Cake and more.

BHTM are giving their fans exactly what they want in 2013: cross-country stops at intimate theaters, and two full sets every night. This summer BHTM is headlining the inaugural LP Tour which recently included a show at the baseball stadium Target Field, home of the Minnesota Twins. The longevity of BHTM's career is a testament to the quality of the music. More than a quarter of a century later, fans are still convinced that the best is yet to come.