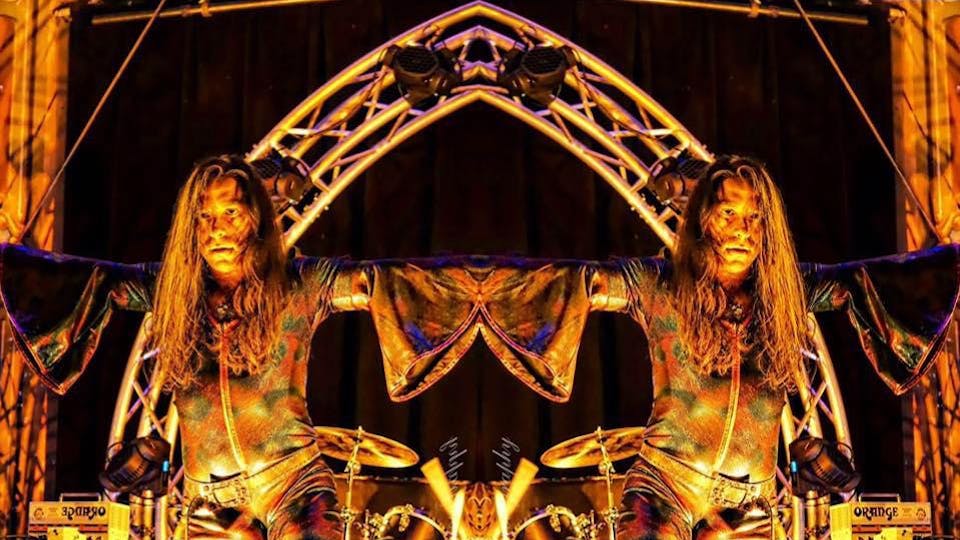 Rowdy Shadehouse is both an amazing Denver based funk rock explosion and an attitude. Their music taps into an innate wildness where some primal part of the body wants to simply feel good, be free and share that sensation with others. Singer Jon Thursday not only embodies this mindset, he exudes it as if his aura is an aphrodisiac. He’s a natural born front man who resembles Anthony Kiedis, resonates Iggy Pop’s full-frontal energy and acts as if he was conceived to Parliament Funk and spawned at a Kiss concert. He’s backed by a band of equally epic and enthralling musicians that include: Mcnasty on the guitar, Stephen Schmidt on the bass, Carter Casad on the drums, Fab Folz on the Tennor saxophone, and Ryan Chipps on the Baritone Saxophone. Together they are a musical force to be reckoned with, treating the stage as if it’s a sacred breeding ground for funk, flesh and folly.

There is musicianship backing the showmanship, a message fueling the madness, and an undeniable brilliance to any band that can have their crowd chanting, ‘take off your clothes and dance with me’ as that’s transpiring. They provoke the power and beauty of nudity the same way the Red Hot Chili Peppers did while performing with nothing but tube socks hanging off of their very public parts. And even if you don’t approve, you must appreciate anyone with the creative courage to bare all of themselves artistically and physically, especially artists who are able to encourage that expression in others.

Rowdy Shadehouse are performers and provocateurs, seducing their listeners like the shirtless, spandex clad, pied pipers of mayhem and merriment. They are performance art and funk music making wild love with one another till they spawn a whole different animal that should not and cannot be confined. An animal with a well endowed sense of humor, some serious musical talent and nice leather boots.

Rowdy’s credibility becomes more fortified by having shared the stage with many bands, including George Clinton and the Parliament Funkadelic, War, Slightly Stoopid, Blackalicious, Matisyahu, Big Sam’s Funky Nation, Fishbone, and many more.