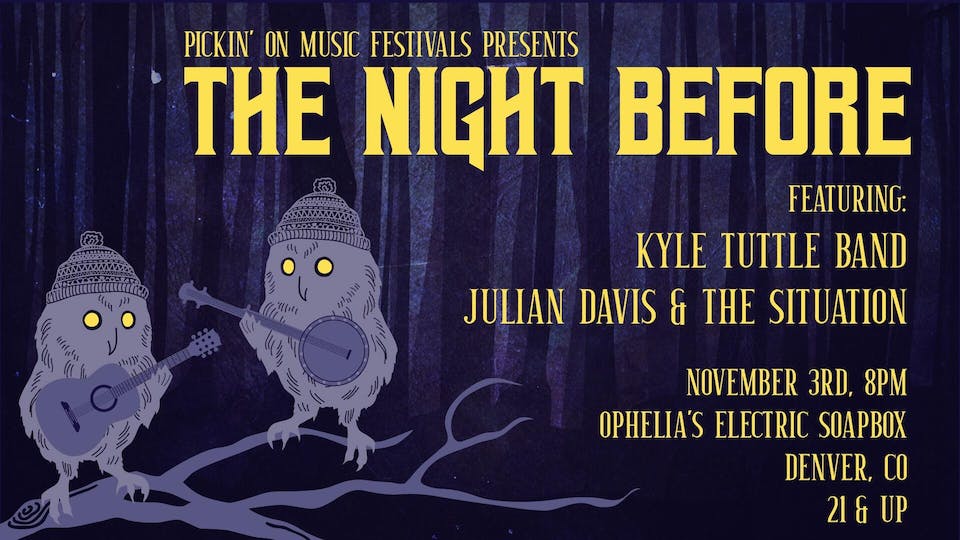 From humble beginnings, Julian Davis is a 18-year-old, flatpicking guitarist phenomenon and singer from Pittsburg, Kansas. He walks, talks, sings and looks like someone straight out of the 1940s or 50s, and his fast and fiery guitar playing encourages even seasoned professionals to want to step up their picking game.

Julian and his former bluegrass band, Julian Davis and the Hay-Burners, were featured on season 11 of America's Got Talent, and they flew to LA a few times for the production.

Julian left home at an early age to play music on the road, traveling to cities all over the country. He currently calls the Lawrence and Kansas City areas home.

Julian also has 2 albums released, "Who Walks In When I Walk Out" and "Make Americana Great Again," both featuring plenty of original songs to tap your foot to and covers of traditional (and not-so-traditional) tunes to switch it up!

His high energy show is one you absolutely can't afford to miss with his new band members bringing the sound to the next level of energized bluegrass!

Julian has played with Bruce Hornsby, Vince Herman (of Leftover Salmon), Jacob Jolliff (Yonder Mountain String Band's Mandolin picker), and Jeff Austin to name a few. So if you see Julian on a line up at a festival, be on the look out for him to have a guest appearance with one of the bands.

Kyle Tuttle is a up and coming acoustic singer/songwriter and blues guitarist. Tuttle's lyrics and original guitar riffs embody a musician influenced by an eclectic background. Inspired by the musical stylings of artists ranging from Van Morrison and Stevie Ray Vaughan to contemporary giants like John Mayer and Jason Mraz, the California native uses whimsical melodies and blues heavy rhythms as a background for his charming original lyrics. Getting his start playing on the Sacramento open mic circuit until he amassed enough experience and original material, Tuttle is currently hard at work on his debut album.

Kyle has also had some of his original work used in videos for Frog's Leap Winery in Napa, California and for EE Robbins Wedding and Engagement Rings in Seattle, Washington.