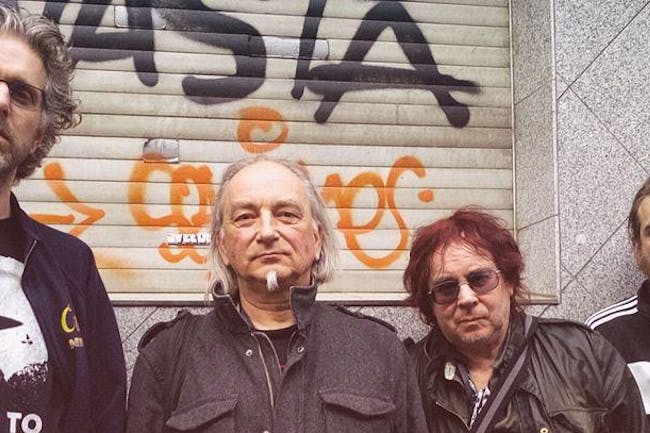 The Legendary Pink Dots are a Netherlands-based band formed in August 1980 in the UK who, although distinctly underground, have been musically influential over the years. The band name was derived from pink dots of nail varnish on the piano in their squat, where founding members Edward and April lived. The band has as its focal point vocalist Edward Ka-Spel, who is, along with Phil “The Silverman” Knight, one of the original remaining members of the band. In the mid eighties the band resettled in the Netherlands, where they still reside today. Apart from Edward and Phil, the line-up has gone through many changes. Members such as Ryan Moore, a Canadian bass player, who joined in 1991 after the recordings of the Last Man to Fly with the Tear Garden (he joined as a session musician), went on to form their own labels and musical projects. See Twilight Circus and M Records. Their music is nothing if not original and it is difficult to categorise, but comparisons may be drawn with bands like Pink Floyd and Can.

Their sound has been described as an amalgamation of psychedelic rock, industrial, synth-pop and avant-garde. They have released over 40 records and continuously tour the world.

Members of the band have also collaborated with Nurse With Wound,The Dresden Dolls,Jarboe,HNAS,Jim O’Rourke,Skinny Puppy’s cEvin Key, forming The Tear Garden. Key also appears on the 1994 album 9 Lives to Wonder.