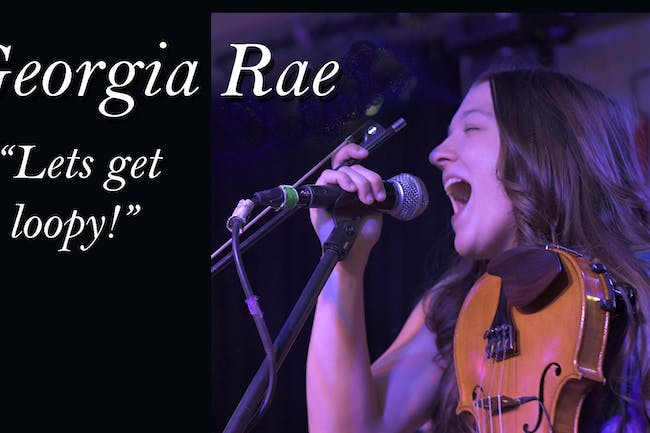 Georgia Rae and Kelly Jo have grown to be a song writing team together still anchoring and guiding the group entering its 9th season with Joe Burie on Bass and Laura Lanza on Mandolin and mom still playing her guitar. Their 5th and most recent CD, "Into Their Own" is all their own material. The first 4 CDs are only available while supplies last.

Georgia Rae also has developed a solo show with her loop pedal and cleverly entertaining original material, and a few classic as well as obscure covers which she truly adds her own joyful take on things.