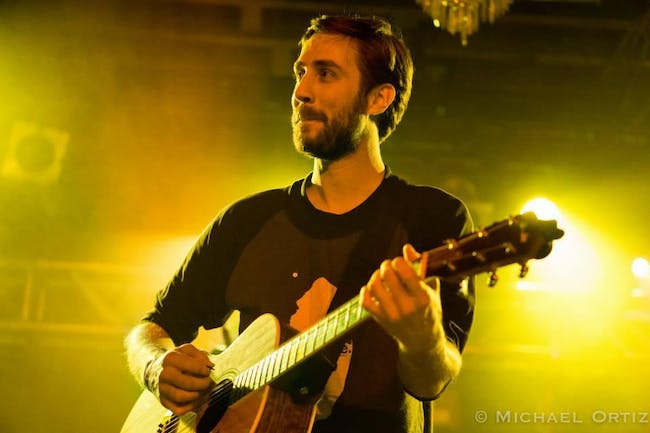 It’s easy to pigeonhole solo acts and one-man-bands, but the music of Dave Halchak cannot be confined to blanket terms. Having a diverse career as a band leader for multiple outfits and an eclectic taste of music, his original work entwines a rich vessel of sounds ranging from reggae, rock, rap and beyond to create aural landscape that is true to no one else but himself. No stranger to change and reinvention, Halchak has garnered a reputation as an artist who is not afraid to take risks and explore the unconventional.

Halchak’s live show is equal parts entertaining and enthralling. While most solo artists are bound by a single instrument, Halchak is not afraid to explore multiple dimensions and utilize his roots in both songwriting and improvisation using just his voice and guitar. By using a loop pedal to develop on-the-spot backing loops, vocal harmonies, and beatboxing, no two shows are identical and the possibilities are endless. Whether it’s original material or a carefully selected cover, it is guaranteed that Halchak veers away from the norm as a traditional singer-songwriter and cultivates a one-of-a-kind performance that appeals to a multitude of audiences.

Originally hailing from northern New Jersey, Halchak relocated to Denver, Colorado in 2008 at the turn of the city’s creative renaissance. His technical, yet intrepid guitar playing has won him over playing in front of crowds from the Northeast to midwest as he has proudly shared the stage with Yonder Mountain String Band, Railroad Earth, Perpetual Groove, Steve Kimock and more. Aside from his solo endeavors, he currently fronts Wake Up and Live, one of the country’s premier Bob Marley tribute groups, and formerly led Ground Up, an eclectic rock/reggae group with unparalleled style. In 2007, his former group in New Jersey, The Breadbox Band, received the distinctive honor of being included in the computer game, “The Sims 2” Seasons Expansion Pack, also featuring moe., Government Mule and The String Cheese Incident.

As his career as a solo artist continues to rise, there is no doubt that the future holds many possibilities for Halchak as he forges ahead, writes new music, and never rests on his laurels. Additionally, in the coming months he will be debuting a new project featuring himself and members of AfroZep, KAVA, This Must Be the Band, and more that is slated to hit the ground running. With a constant appetite for reinvention and an unyielding exploration of new sounds, Dave Halchak’s music is laced with humorous nature and creative stylings that make him a performer not to be missed!