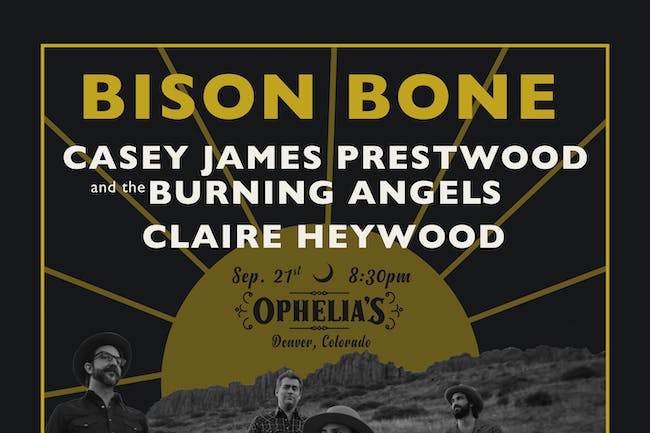 “I miss the golden era of alt-country, after Uncle Tupelo started playing punk rock on the back porch. And when the Jayhawks threw Big Star and the Byrds in a blender.

I know I’m not alone because Colorado’s own Bison Bone draws on the same influences, and is adding new cobblestones to that well-worn path.” - Scene Magazine, 2019

"One thing Bison Bone has always done exceedingly well is not limit its songwriting and creativity to the expectations of a subgenre of music. Yes, it’s coming from the world of country but also psychedelic rock but for the latter not in any obvious way. Its instincts seem inspired more by the hybrid country, punk and psych of the likes of The Flesheaters, Green On Red and Uncle Tupelo than much of the Americana that has come along since where it has not been too predictably bathing in the musical DNA of early 1970s Laurel Canyon. Bison Bone’s music sounds like there is some real grit and real life experience behind it and paying of dues and not trying to mimic a beloved and trendy style of music. Take Up The Trouble is urban honky tonk with the relatable storytelling intact but with a flair for wordplay and thoughtful commentary. What really makes these songs is the little details that bring the song together like the minimal guitar solo in the middle of “Hey Bartender” and the drone at the beginning of “Late December” to suggest memories of coming out of the haze of a memorable dream or of the heatwaves on the late afternoon road following a long day of driving and having a moment of reflection on what it’s all been about." - Tom Murphy, Queen City Sounds and Art, 2019